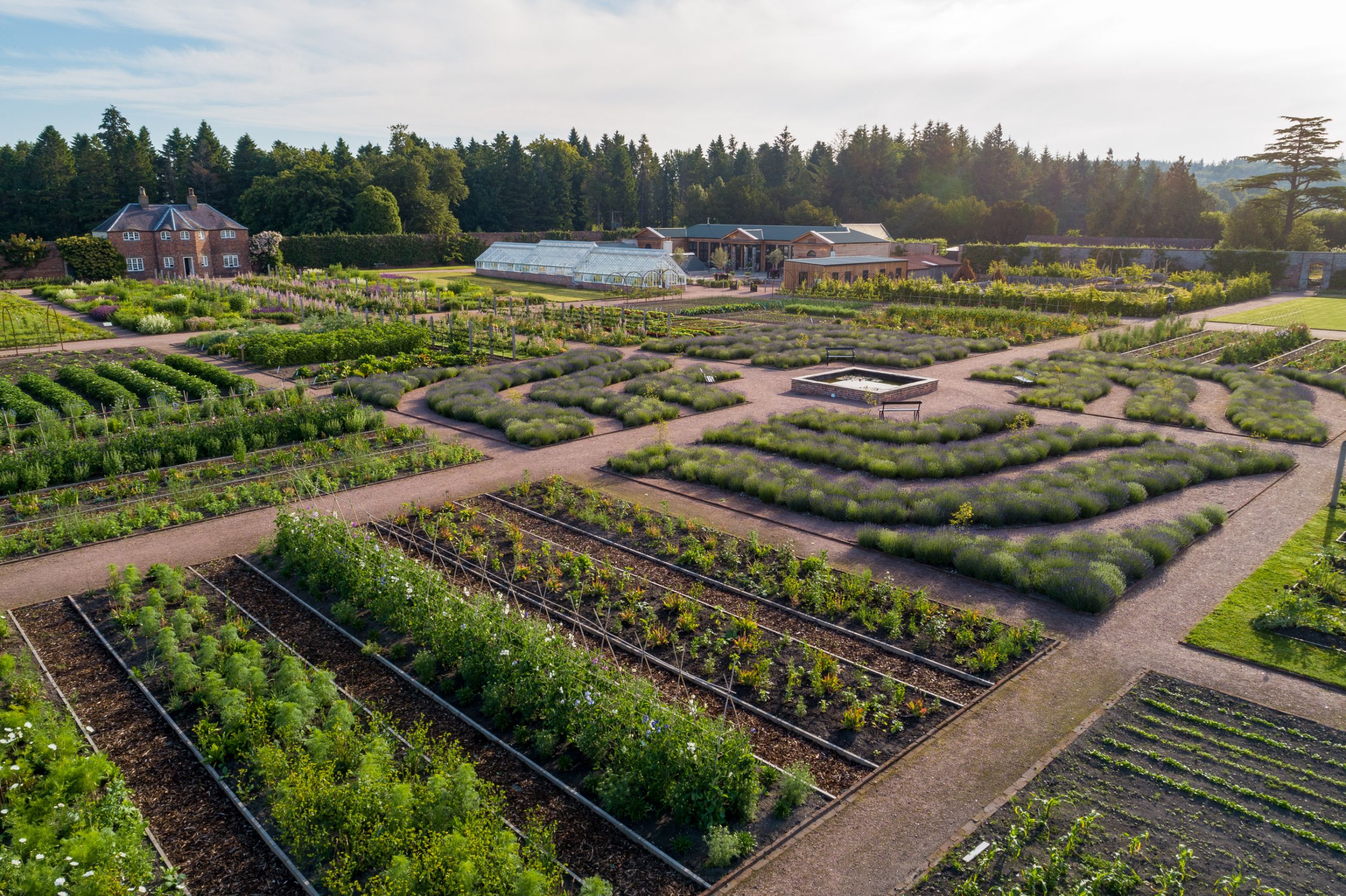 In a record-breaking vote, we have won Garden of the Year Award 2021, sponsored by Christie’s auction house, accumulating over `three thousand votes for the first time in the competition’s 37-year history. It is the first success for a Scottish garden since 1998, and is the first Scottish garden ever to win the award outright. Gordon Castle Walled Garden overcame stiff competition from Harewood House in Yorkshire, Lowther Castle in Cumbria, and five other extraordinary gardens across the UK. Over eleven thousand votes were cast in total. 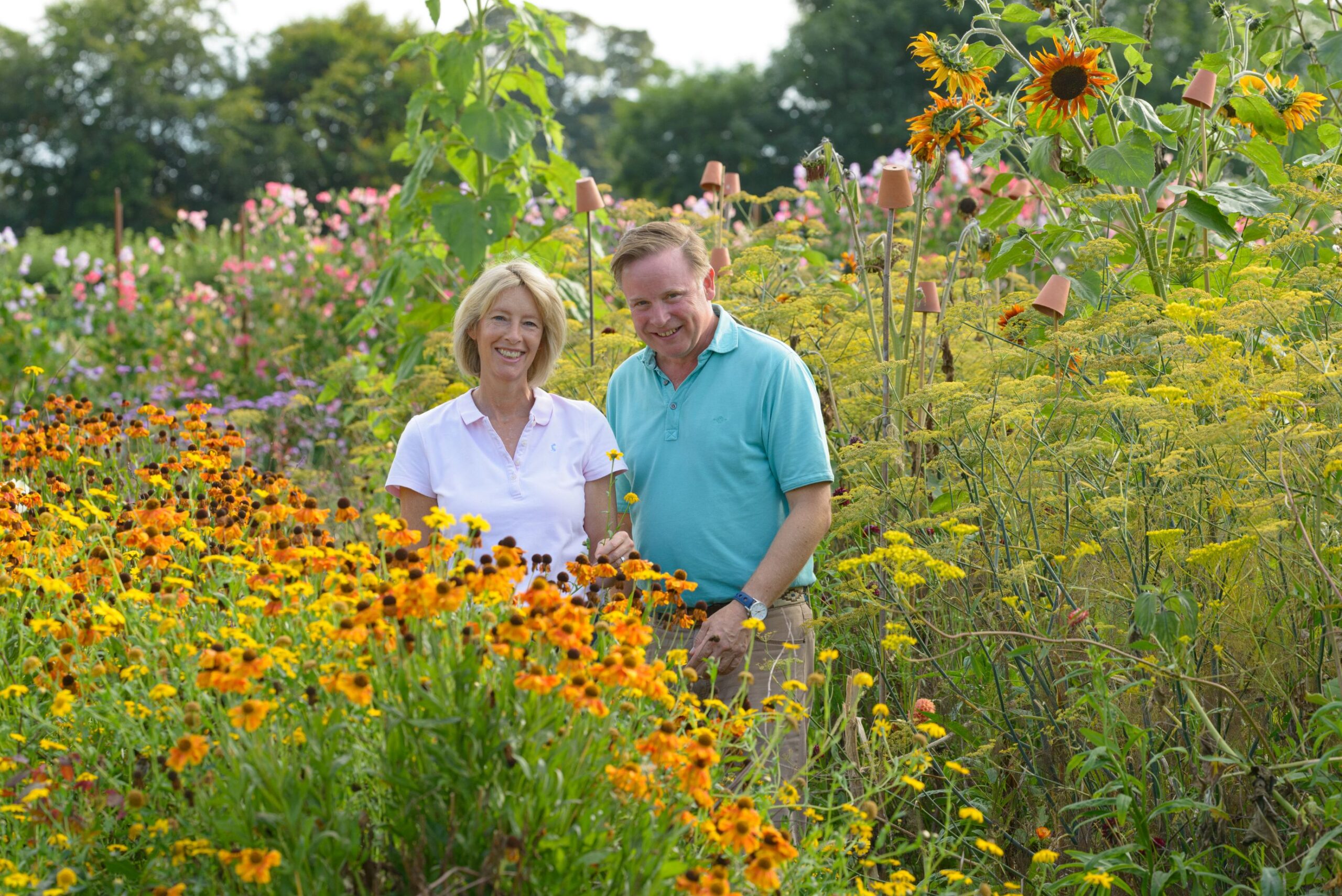 Owners of Gordon Castle Estate Angus and Zara Gordon Lennox said, “We are absolutely delighted to have won the Historic Houses Garden of the Year award and would like to say a huge thank you to all our visitors, followers and friends of the Walled Garden for their votes. For us, and our small team of gardeners and volunteers, it is the stuff that dreams are made of.

It has been seven years since we embarked on the project to restore this magical place from a near abandoned grass field to the productive and beautiful space which has emerged, showcasing the very best of fruit, herbs, vegetables and cut flowers. None of this would have been possible without the extraordinary hard work of our entire team and the support of the local community.

This award will deliver an enormous boost to The Walled Garden, the local economy and hopefully to Scottish gardens as a whole, recognising the significant benefits gardening has on well-being, health, and happiness. We hope visitors will be encouraged to come and visit the Garden, to discover this beautiful area of Moray and Speyside and, inspired by what they find, leave with a smile on their faces.” 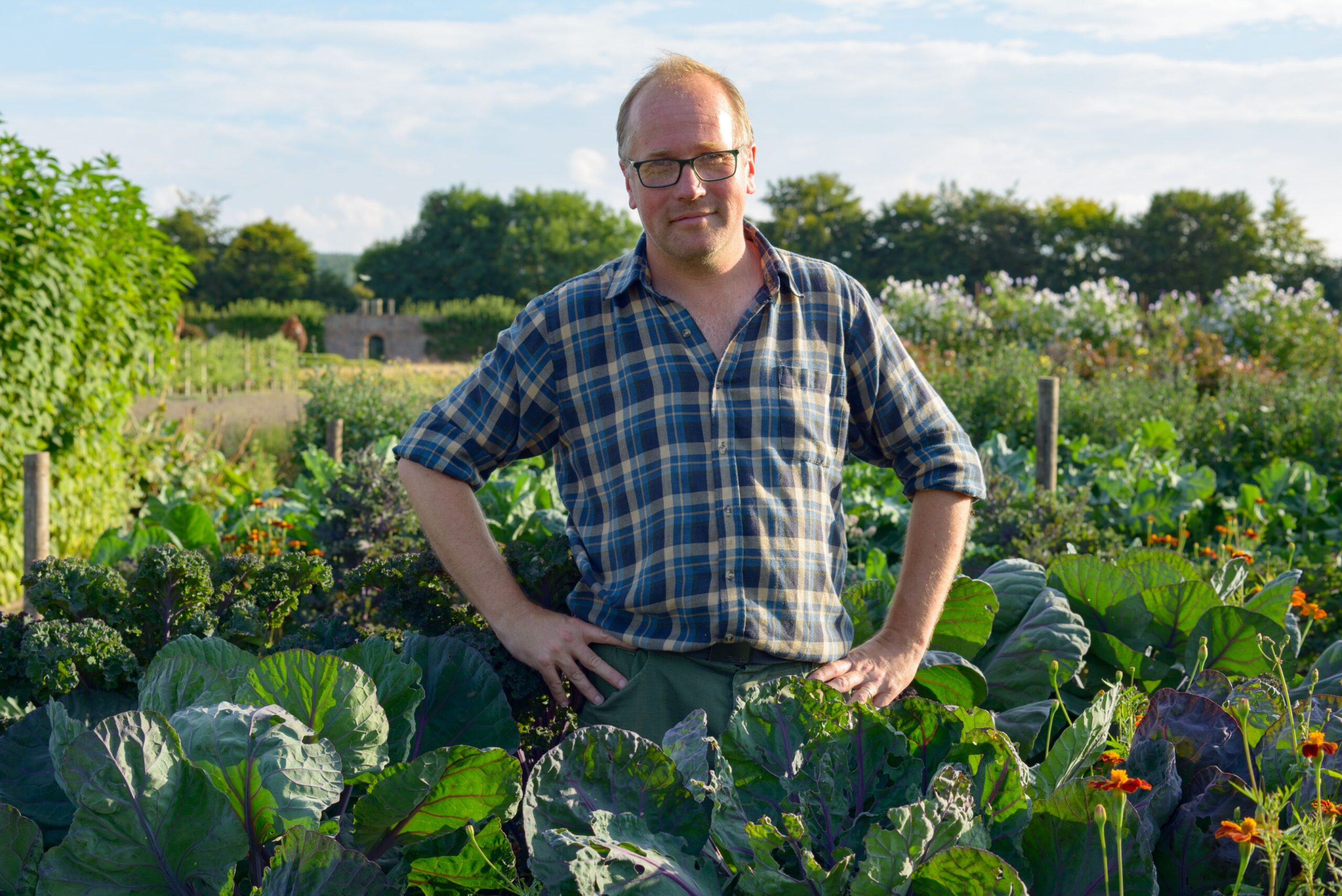 Head Gardener, Ed Bollom said, “We couldn’t be more excited about winning the Garden of the Year Award. We are only a small and relatively unknown garden and we’ve been working incredibly hard over the last seven or eight years to turn a bare patch of ground into one of the biggest working kitchen gardens in Britain, it has truly been a labour of love.

Our visitors are often surprised by the sheer variety of plants within the walls. Everything we grow has a use; the vegetables go to our café or for sale direct to visitors, the fruit is used for cider, gin, jams and chutneys, and our cut flowers are used to decorate the castle and holiday cottages or sent off to local florists. We extract essential oils from our lavender and rosemary and the herbs are used in a range of cosmetics. The garden and gardeners work very hard to earn their keep! Originally the Walled Garden was used to provide fresh produce for the Duke of Gordon but now it’s used to provide an income for the estate and the gates are open to all. I find it immensely satisfying to see the fruits of our labour being enjoyed by so many people. We want the garden to be enjoyed by everybody and with a hardy band of volunteers, regular trips from the local schools and growing visitor numbers we’re really becoming part of the local community.

We are so grateful to our visitors for voting by the thousand to help us win this award. We’re still relatively unknown and so the title of ‘Garden of the Year’ will go a long way to put us on the map and spread the word about the project and all of the fascinating things that are going on in our walled garden the far North of Scotland.”

Garden Designer, Arne Maynard said, “What has been truly special about this project is that from the very beginning both Angus and Zara have been completely committed to it, physically involved in double digging, removing rubble and stones, planting, weeding, harvesting. They have been incredibly hands on, working hard to create a beautiful garden they can be very proud of. The ‘Garden of the Year’ award is testament to this commitment and hard work and we wish Angus, Zara, Ed and the whole team huge congratulations on a well-deserved title!”

Gordon Castle was one of the largest houses in Scotland until the mid twentieth century, when circumstances led to the sale of the estates and the demolition of the greater part of the building. The surviving, much more modest but handsome castle is now home to Angus and Zara Gordon Lennox and at the heart of a busy diversified estate and innovative and entrepreneurial business. The Walled Garden has been a leading project amongst many.

At a whopping eight acres, the walled garden – almost certainly one of the largest in the country – was commensurate to the size of the gargantuan house it was created to service. Happily, it not only survived but is today thriving once again. Angus and Zara commissioned renowned garden designer Arne Maynard to take a fresh look at the derelict site in 2013 and to design a new, modern and crucially, productive garden fit for purpose for the next hundred years. The scale of the effort was truly epic. There are an estimated one million bricks in the fifteen-foot-high surrounding walls; a further 48,000 were required just to edge the beds along the two-and-a-half kilometres of new path laid.

Planting strives to combine cutting edge design with the productive ethos of a traditional kitchen garden. The four cut-flower beds are colour themed: ‘Golden Peat’ is a mixture of hot shades and contrasting darker colours, ‘Glowing Heather’ hosts predominantly soft pinks and purples, ‘Icy Glen’ shines white, interspersed with green, while ‘Scotch Thistle’ draws on cooler blues and purples. Around and alongside, more four hundred fruit trees have been planted in ornamental forms, either as step-overs or espaliers, joining an existing 250 mature specimens.

The plants here play a central role in supporting the enterprise that is fuelling the garden’s renaissance. From June to October the garden’s café is self-sufficient, supplied by over two hundred varieties of fruit vegetable grown on site. Asparagus, salad leaves, beetroot, pumpkins, artichokes, and cabbages are joined by aubergines, chilli peppers, and even melons raised in the restored Victorian glasshouse. Apricots and apples, peaches and pears are just some of the fruits cultivated, a great many of which – especially the plums and berries – are used not just for food but also in the production of the many flavoured varieties of the castle’s award-winning gin, flavoured by the garden’s herbs and botanicals. Essential oils, distilled on site, fragrance hand creams, soaps, and shampoos. Cider and ale have recently joined the brand’s stable, also brewed from homegrown harvests.

Seventy thousand spring bulbs and established perennials pack ornamental and herbaceous beds with scent and almost year-round colour. A play area with an outdoor kitchen and activities for children brings learning as well as fun into the garden, which has become a valuable and much-loved community asset as well as a destination for tourists from further afield. All income is re-invested in the garden and a packed schedule of special events and workshops keep school children, students, local residents, volunteers, and passing visitors busy in any season.

For further information about the award please visit Historic Houses.