It seems as though Autumn will be a brief affair this year. After a few short but beautiful weeks, the first frosts have stripped many of our trees of their autumnal finery leaving their craggy skeletons exposed. The cold weather seems to bring flocks of hungry birds into the garden, working their way through our beds and borders. We always try to leave something for the birds, the apples on the highest branches just out of our reach, or the last few sunflower head studded with seeds provide a valuable food source for birds. If you want wildlife in your garden, try not to be too tidy or efficient in clearing away! 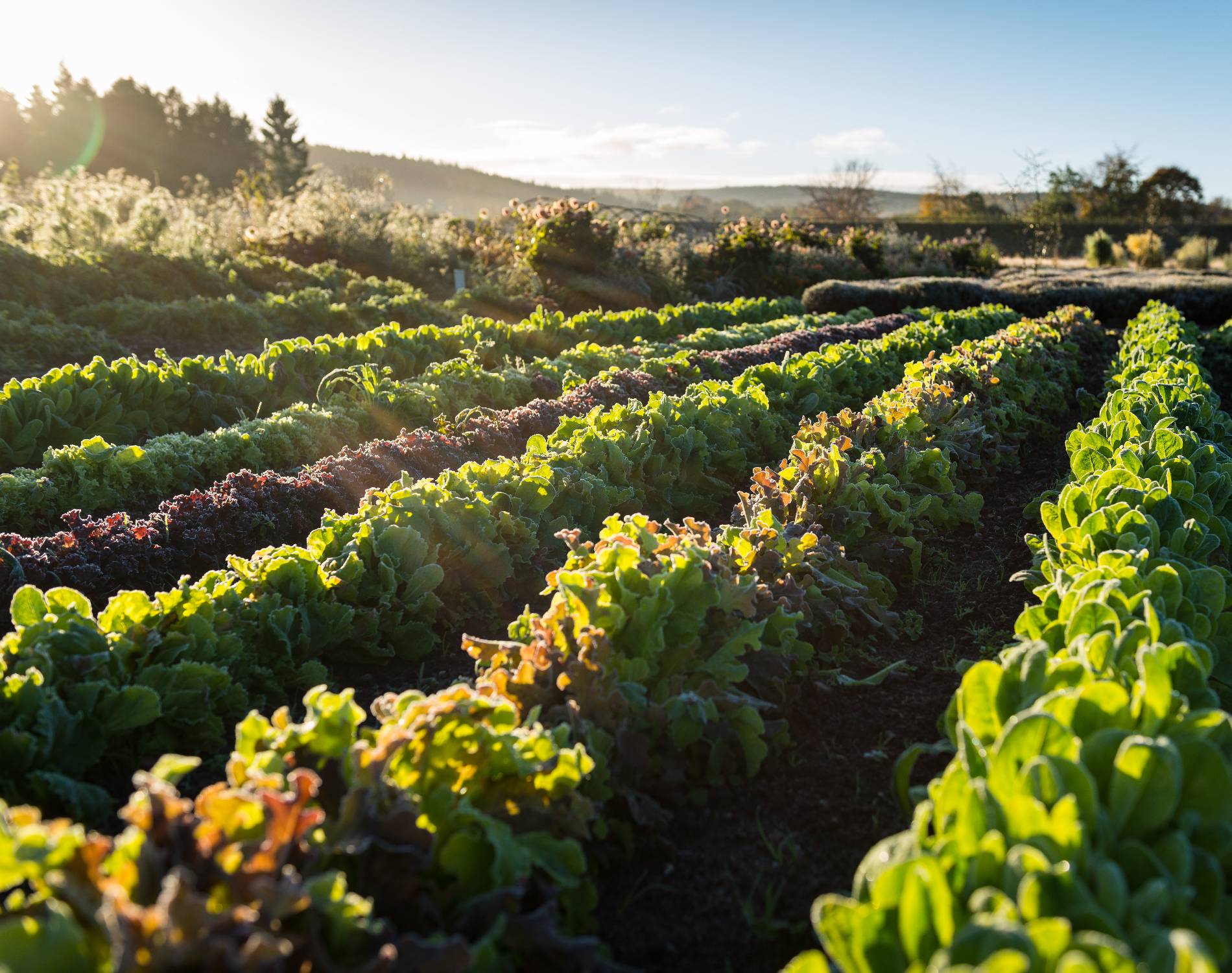 Our wonderful dahlias have been happily flowering away right up until the last moment but we can’t hold off any longer and the time has come to gently ease their swollen tubers from the soil and store them for the winter. Cut the stems down to a couple of inches and then lever them out of the ground, being careful not to damage the tubers. Shake off any excess soil but there’s no need to remove it all, I find it actually protects the tubers over the winter. We put ours upside down in the greenhouse for a few days to dry them off and then pack them away in a cool, dark, frost-free shed.  If you’re very brave you can leave them out in the garden over winter, cover them with a thick layer of leaf mould and fleece and cross your fingers! If they make it through you will be rewarded with larger plants and an earlier display of flowers.

It’s not too late to plant bulbs, you can often find bargains in garden centres during November and December as they sell off their stock. We just finished planting 23,000 crocus, muscari, tulips and daffodils throughout the garden, so the display next spring should be better that ever! 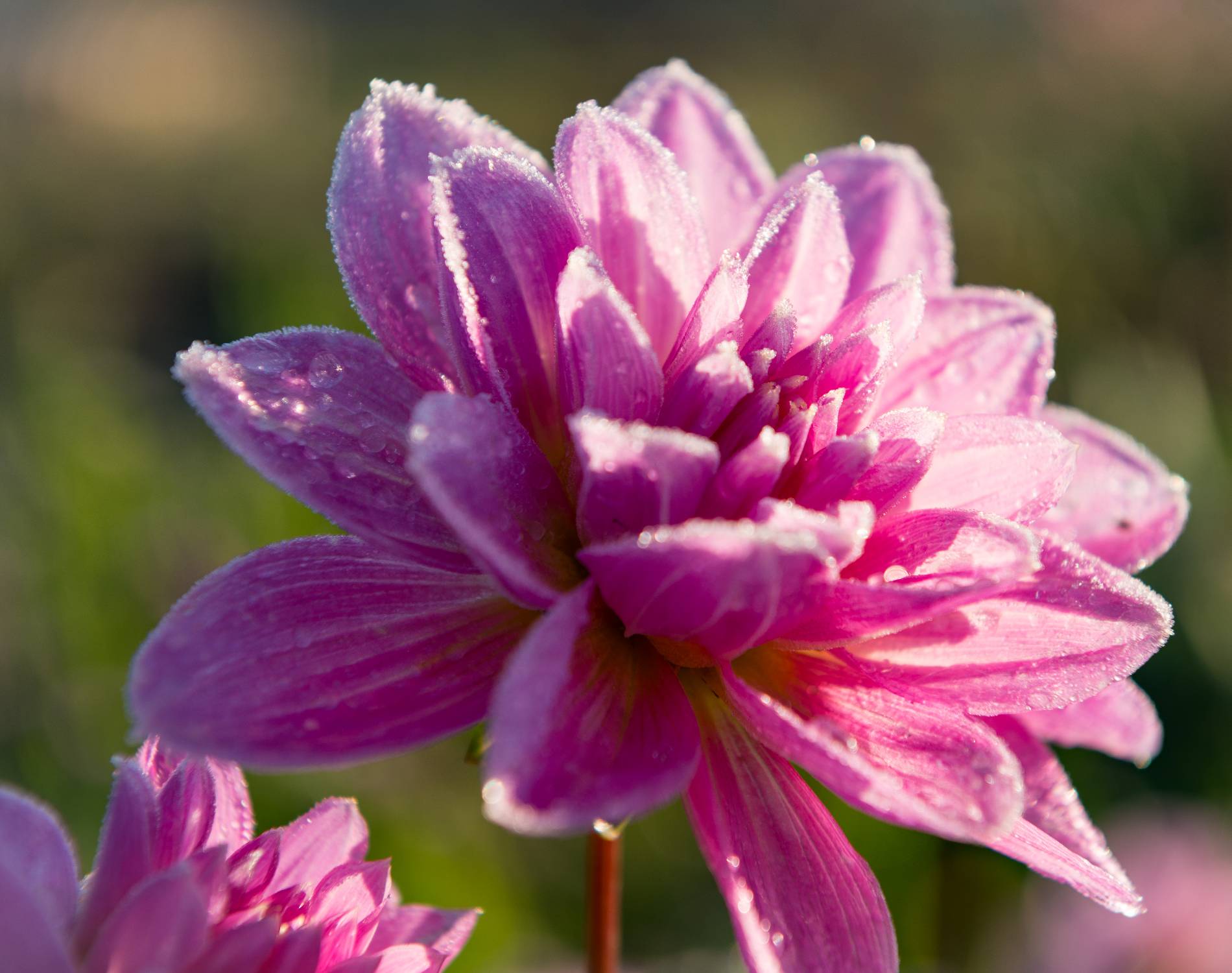 Leeks, cabbages, kale and chard are all regularly being taken into the kitchens at this time of year. The brussels sprouts are looking good but we try not to pick any until December to be sure we have plenty for Christmas. Surprisingly many salad leaves will stand up to the frost and they look lovely fringed with ice crystals sparkling in the morning sunshine, don’t crop them too quickly though as they’re very slow to regrow through the winter.

As soon as the leaves have fallen from our fruit trees, winter pruning starts in earnest. Although this can be done any time between November and March we have to start early because we have so many, well over 500 at the last count! It’s a repetitive and time-consuming job but I enjoy the gentle rhythm of cutting and tying in branches and there’s plenty of time to think as you prune. I often wonder how many generations of gardeners have tended to these trees over the last 200 years, snipping away, listening out for the chimes of Bellie church in Fochabers, heralding a well-earned cup of tea and break from the cold. 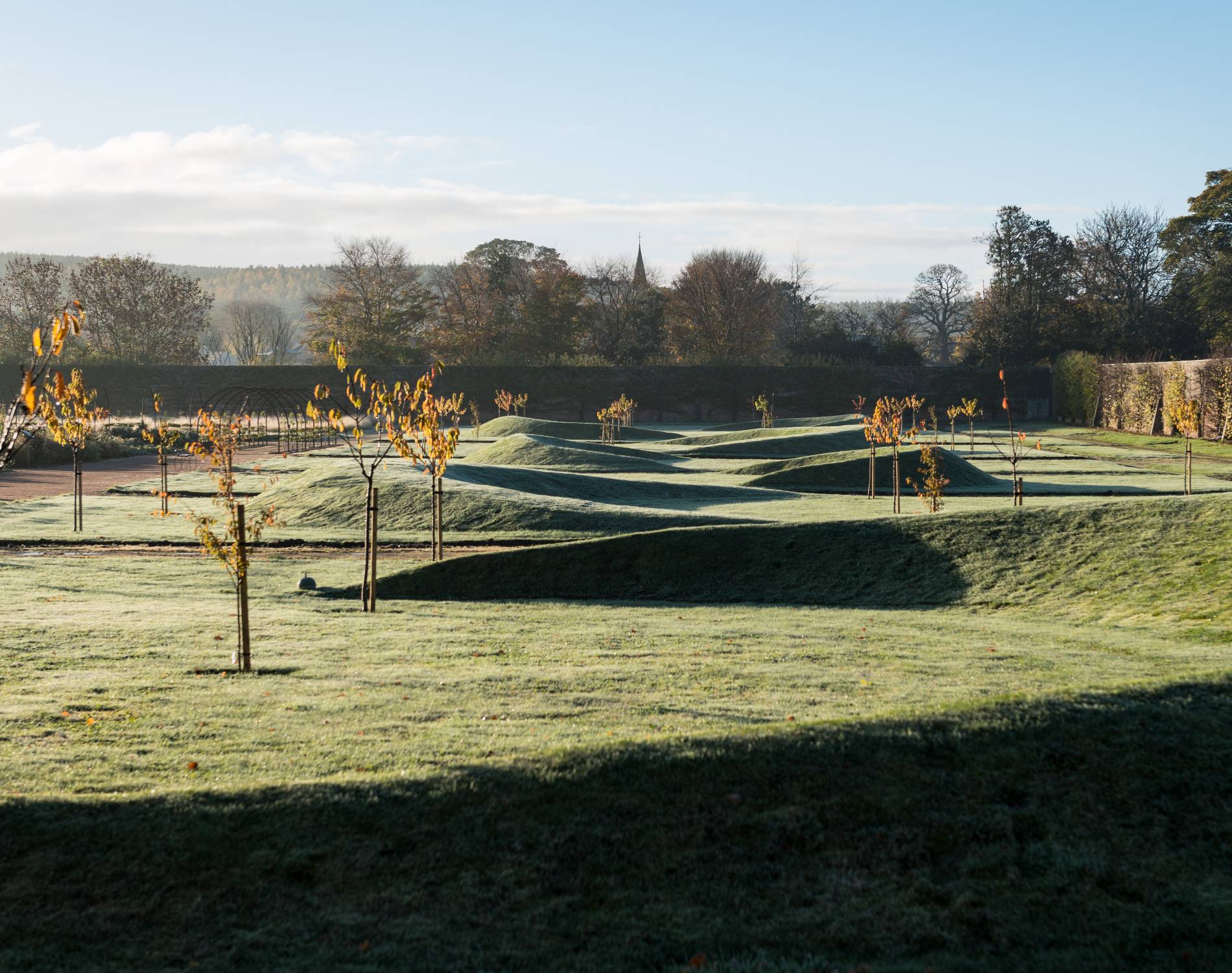 In its heyday 40 gardeners toiled away in and around the Walled Garden, today we have just 5 (plus a small but invaluable team of volunteers). In the latter half of the 19th century, under the supervision of Head Gardener John Webster, the walled garden was known as one of the finest in Britain. The Gardener’s Chronicle gave the following description of the garden: ‘Having long been famous for the abundance and high quality of the fruits they produce; and even in untoward seasons, when the majority of orchards and gardens display poor crops of fruit, Mr. Webster can show many varieties in abundance. The same fruitful feature may be observed in the vineries and other glass structures, which are fully stored with the fruits, flowers and plants in demand in the ducal establishment’. 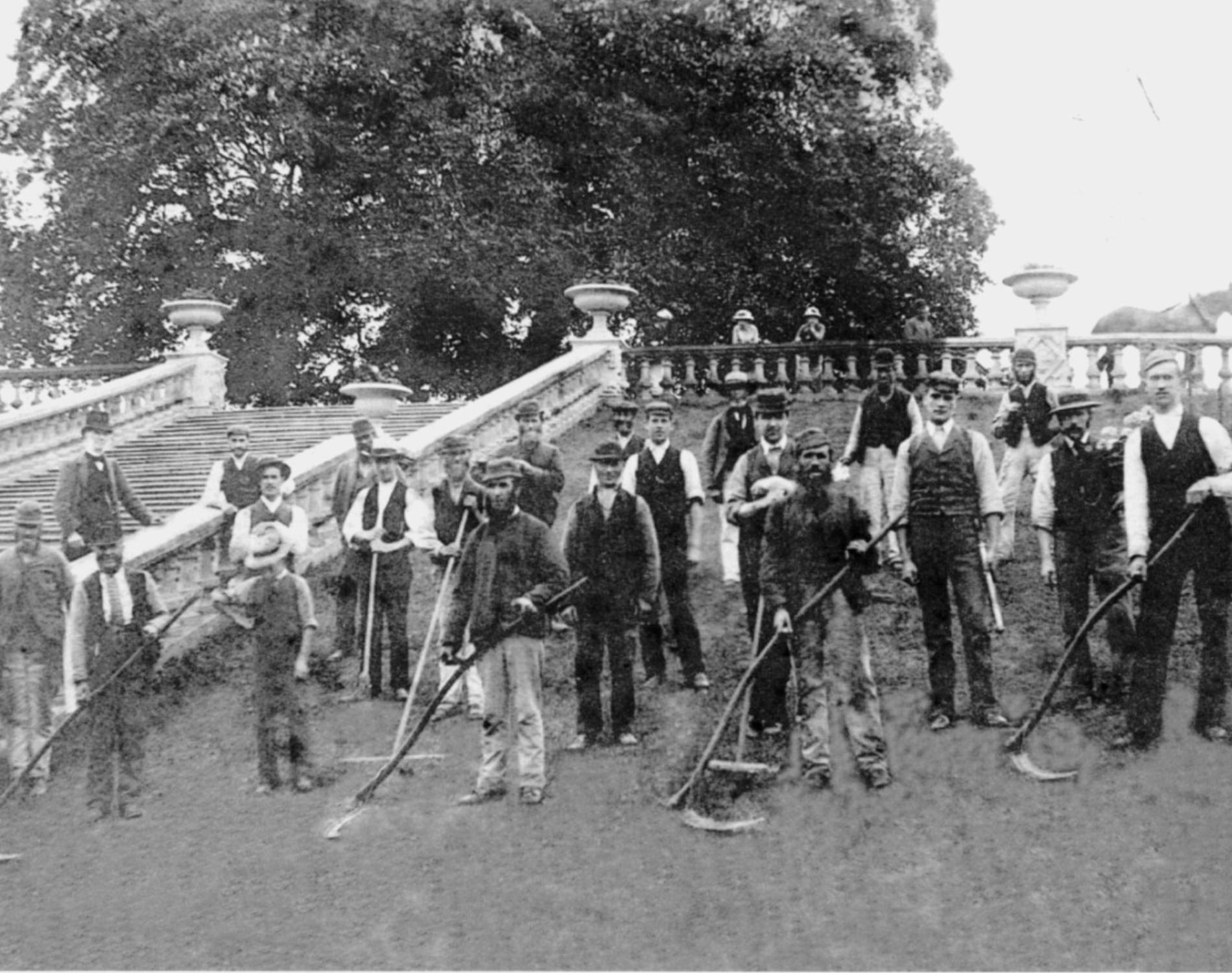 John Webster’s son took over as head gardener in 1890, and his grandson was apprenticed in the garden but tragically was killed in action at the Battle of Vimy Ridge in 1917. Dozens of young men from the Gordon Castle estate lost their lives during the First World War, including Lord Bernard Gordon Lennox, leading to crippling death duties that eventually led to the sad decline of the estate and walled garden.

I like to think that the walls still hold the memories of those who built and cared for the garden through the years and perhaps one day the walled garden will regain its reputation for ‘the abundance and high quality’ of the fruits we produce. 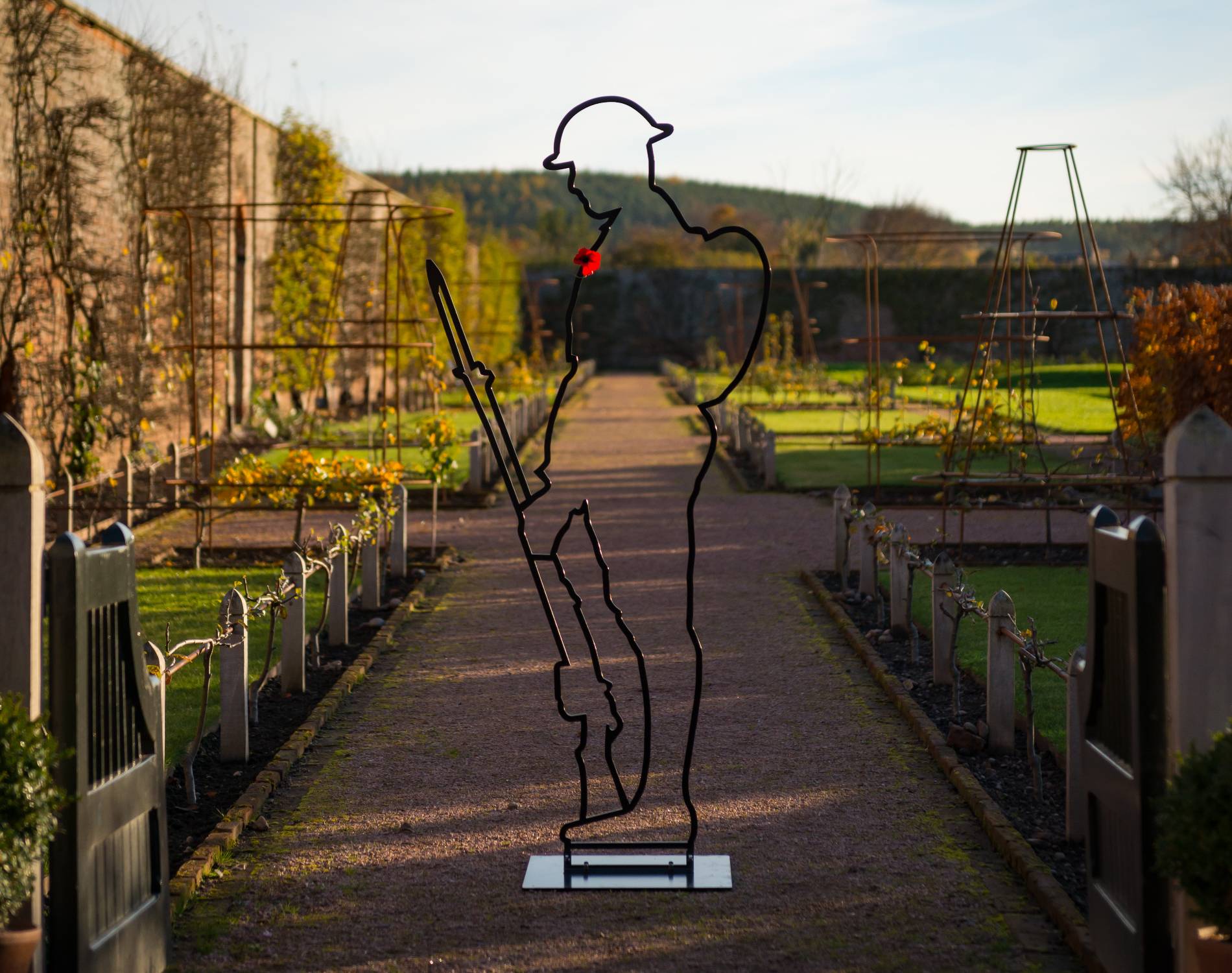